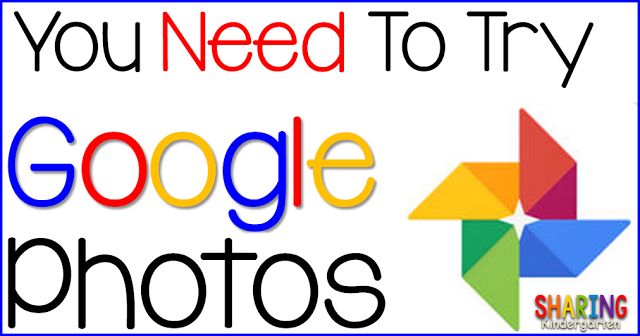 Have you tried Google Photos?
My county is going Google Classroom next year!
At a training this summer,
I heard of a NEW Google App called Google Photos!
I love using DROPBOX to take images I capture on my
cell phone, iPad, or other devices and share them with others.
You can read all about that idea here… 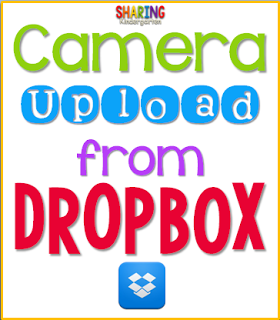 It has been a great way to engage parents in a weekly newsletter and
it makes planning with colleges so much easier.
I can also share images with everyone on my email adress wuickly…
So when I have to fill out my teaching evals,
I can import images as documentation so quick!
But my county has blocked Dropbox!
What is my back up plan????
I will be using Google Photos instead.
The best news is…
if you already have a Google email,
you already have access to Google Photos.
Check out this Desktop View. 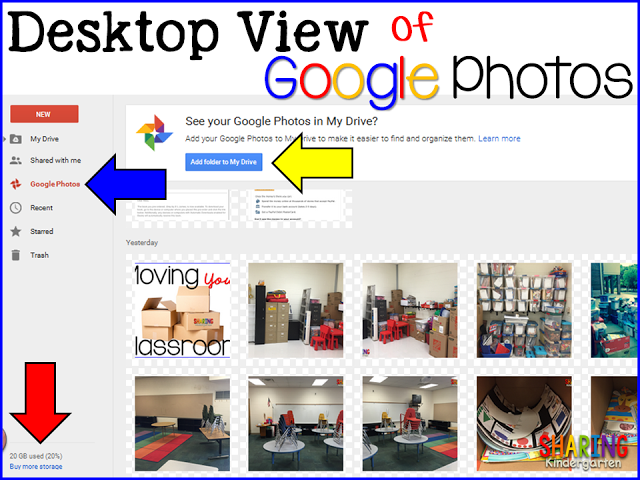 This is the screen that popped up on my Google Drive Account.
I clicked the blue bar next to my yellow arrow
and ADDED GOOGLE PHOTOS to my Drive.
One click.
Then you can see the Google Photos was added to the left side next to the blue arrow.
I have a TON TON TON on my google email, drive, forms, and photos,
and it isn’t limitless…
But you can see under the red arrow
that I have still only used 20% of the storage they provided FOR FREE.
I won’t lie.
I have to pay for extra DropBox storage.
{Well, did. I won’t be anymore!}
I also downloaded this app on my cell phone.
That means all the photos I take on my cell phone can transfer over to this drive! 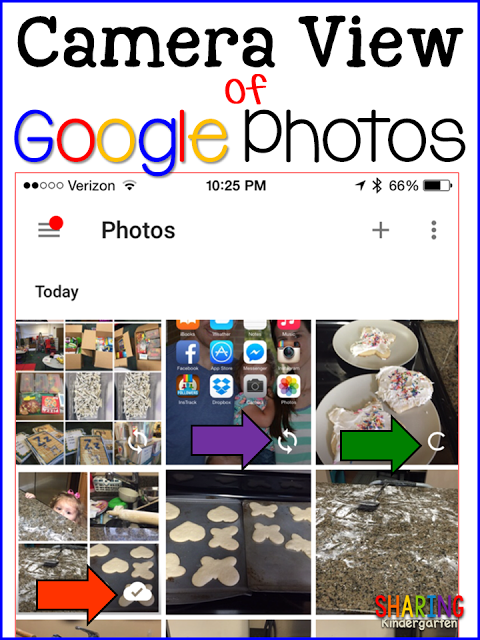 Check out this amazing book that is perfect for Wi

Keep your eyes out for this February sweet treat..

Do you agree with this? #sharingkindergarten #kind

🙋🏼‍♀️Do your students struggle with so

I can’t wait to read what everyone would do with

We all enjoyed Christmas Eve service together. My

In January, we start our learning using the book S

Tips for thriving this week, just not surviving. 1